Songs From a Shit Summer 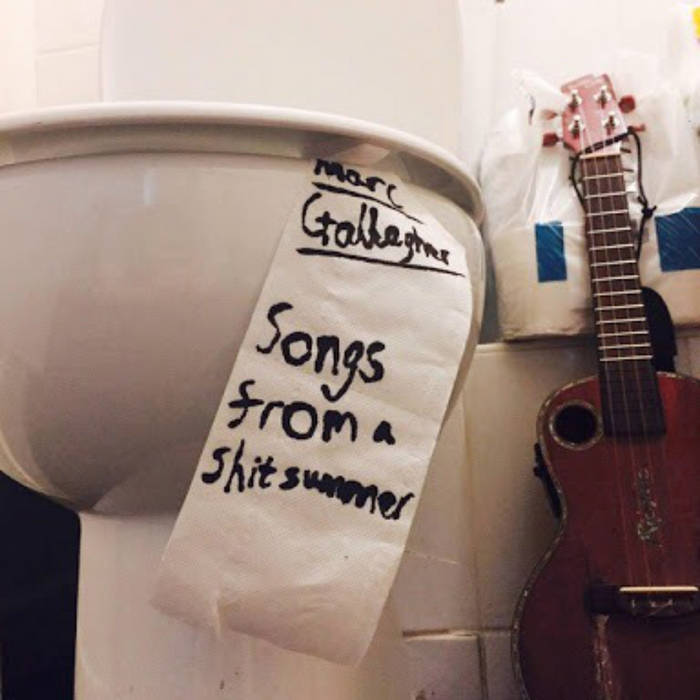 A sonic diary of the summer of 2016, an awful period in my life. Through breakup, moving house and losing a job, I wrote more in these three months than I had in the last 3 years, and I documented the songs in the order which they were written. Completely unplugged, the attention is drawn to the songs lyrics and the stories they tell.

"As implied by the album title, the summer of 2016 was a really terrible period of my life. This was characterised by the breakup with my long-time fiancé, the breakup of a music duo I was a part of for a few years, equipment being stolen and a lot of other crap. The plus side of all of this was that it was one of the most productive periods in my songwriting career.
I think you can consider this a concept album, as this album is in chronological order of when the songs were written/when the events happened, and this little booklet shall act as a little accompanying piece detailing the story and context behind my songs. All the song in this album were strictly written in the summer of 2016, because detail.
"

written and performed by Marc Gallagher on vocals and ukulele

Since figuring out the Crazy Frog Theme on piano aged 12, Marc Gallagher has seen the quirky side of music. An upbringing of Queen and NOW CDs shaped Marc’s songwriting style, with the ukulele as his weapon of choice.

Marc has performed his energetic brand of Pop-Folk at festivals and tours in Ireland, Germany, Austria and the USA, putting in the miles. This engine isn’t stopping anytime soon. ... more

Bandcamp Daily  your guide to the world of Bandcamp

Featuring appearances from Kari Faux, Bluestaeb and and interview with NY-bred artist Wiki